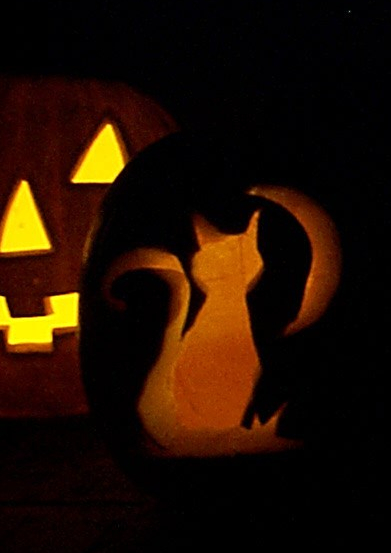 In these post-modern times, our television and films are filled with magic, with super powers, with demons and monsters, and with hedonism.  Kathy and I quite enjoy horror films, and series such as American Horror Story, and Supernatural, and this post is not a polemic against such things but, rather, a discussion of the interrelationship between magic and the real world.  And Evil.

What exactly is evil, or Evil?  It is that which lures us into temptation of course.  What, then, is temptation?  Aye, there’s the rub!  In my view, temptation is our urge to expediency rather than wisdom.  One is tempted to take a short, presently tangible course to make a change that promises, vapidly, to resolve some problem without due concern for the consequences of that action.

Think about that briefly.  How many things are before us where someone is promoting a quick solution to a complex problem.  Build a wall, ban this or that, put whomever behind bars, blame this group and extirpate or punish that group, these are all oppressive notions that tempt the majority to take unwise and unfounded actions in order to achieve an expeditious “solution” to some problem that may not exist in the first place.  Hitler’s Germany did this.  Modern America does this, across all political spectra.  Ancient Rome, Ancient Greece, all societies have and still take these unwise courses.

We are tempted to take actions in the now to solve a problem without due consideration of the cause of the problem and the impact of the actions.  Now focus on the individual level.  Getting drunk to provide an immediate “solution” to problems, road rage, facebook rants, “hook ups”, drug use, prostitution, cheating on a test or on taxes, big black lies, murder, sex crimes, and more are things that we do or a tempted to do to provide an immediate solution or immediate relief from a problem that we face, and we usually know that the problem cannot be solved by our “solution”.  It is most likely made worse.  These are temptations.

Evil becomes manifest when we allow ourselves to fall into these easy and vapid solutions and then proceed down the course of trying to live in our society while doing things that are harmful to ourselves and to others.  And, quite often, when we’ve chosen the wrong course with good intentions and later learn that we’ve been wrong, we’ll double down on that wrong course knowingly to avoid the embarrassment of admitting that we were wrong in the first place.  Enslavement is a good example of this behavior, but we see this every day, quite often ending in a suicidal rage.

What’s magic go to do with it?  Everything and nothing.  Ancient magic has been one of my most interesting studies.  You know, the walls of pyramids are filled with incantations, and which spells go on what wall depend on the compass orientation of the pyramid.  The mummy is not just wrapped in cloth but, rather, is wrapped in cloth containing incantation-inscribed scarab figurines.  Ancient Greek and Demotic incantations call to many deities including the divine and angelic in Jewish and Christian faiths.  Gnostic Literature contains mysterious incantations in the form of glossolalia (written down speaking in tongues) that, when read aloud, pronounces such names very slowly.  Names that could be pronounced without consonants and palindromes are a favorite in such magic.  And ancient magic depends on exact execution of certain rituals and words, at the right time, place, astronomical setting, in the right state of ritual purity, with the right ingredients, and so forth and so on.  In other words, when a spell fails, which they always do unless there is some serendipitous confluence of events resulting in the desired outcome, there are lots of excuses why that which never worked in the first place didn’t work this time.  (See my bibliography post for the aforementioned literature.)

When we allow ourselves to be lured into expedient solutions without transparent and verifiable analysis showing causality and efficacy of remediation, we’re depending on magicians and magic.  Just watch some “supplement” commercials and see if you don’t come away thinking that they offer “magic” without supporting data.  I actually made a testimonial for a shoe brand that I wear, but my testimonial included analysis of the mechanism in the shoe that explained its efficacy for my foot problems – that analysis of course did not make the testimonial.  I did not, however, claim that it cured my ailment.  That brand has all but vanished these days.  Apparently, my magic is not good.

And watch our politicians and see if the vapid solutions that they offer aren’t also magic.  Pass the right bill, craft the right tax cut, pay for this, don’t pay for that, empower, impeach, investigate, ban, promote the right ideology.  All magic.  Real word solutions require real work and understanding of the underlying cause of a problem before a solution can be undertaken.

Immigration and migration are superb examples of a lack of understanding and study because people want to enter these United States for many reasons, and people who take great risks to life and family do so only in extreme circumstances, usually where there is little hope or where there is hope of great glory in the risk.  Trying to work immigration and migration from the perspective of the potential host country is vapid because the underlying cause of migration needs to be properly understood and we should work to remedy the underlying causes to help our fellow humans.  Taking quick and easy solutions only increases the suffering and the violence in the long term, and the problems south of the border and around the world are extreme making the likelihood of increased migration very high, even high enough to actually be disruptive.   We should know this, after all, Julius Caesar wrote about it before 50 BCE in his commentary on the Gallic Wars that he fought (see my Bibliography post).  Literature on migration is abundant, and our failed solutions are epic.  Surely we can gain wisdom from our past failures, but then again, we tend to look for magic.

© Steve Shirley  and www.stevehuntsforwisdom.com, 2018-2020. Unauthorized use and/or duplication of this material without express and written permission from this site’s author and/or owner is strictly prohibited. Excerpts and links may be used, provided that full and clear credit is given to Steve Shirley and www.stevehuntsforwisdom.com with appropriate and specific direction to the original content.